LONG TRUONG
STUDENT BIO:
Long Truong is a Creative Director and Stylist based in Sydney, Australia. Born
in Ho Chi Minh City, Vietnam, his vision is unique and questions society’s normative beauty standards. Throughout his studies at Whitehouse Institute of Design, Australia, Truong has produced imagery that embodies alternative identities, influenced heavily by otherworldliness, symmetry and futuristic motifs. As a stylist, his aesthetic takes cues from subversion, philosophies of post humanism and oddity as a new form of attraction. Truong’s body of work explores the tension between what can be considered beautiful and what may be perceived as unattractive or ugly.
PROJECT STATEMENT:
Truong’s signature project, named Xeno Xapiens explores about the queerness of our identity and how fashion redefines the notion of being human. Xeno Xapiens is a high fashion editorial which mirrors society’s prejudicial treatment towards the misfits. Influenced by James Cameron’s Aliens and Vincenzo Natali’s Splice, Xeno Xapiens is an escape route from our reality, taking the viewers directly into a sci-fi movie.
The narrative begins with the introduction of the three protagonists, the Scientist, and two Aliens. The story then unfolds to the examination scenes where the viewers can see the subtle unsettling atmosphere to which the Aliens are subjected. Avant-Garde garments from emerging Australian designers and layered adornments are utilised to highlight the unconventionality of the Aliens. The editorial showcases the outcasts’ vulnerability, but more importantly, their haunting beauty through dynamic silhouettes, vibrancy, and mimicry of nature. Hand-drawn anatomical illustrations that reference Leonardo da Vinci’s studies of the human body are presented alongside the images to reveal further scientific information about the Aliens, depicting the Scientist’s point of view. Xeno Xapiens celebrates individuality and the impact of fashion on self-exploration. 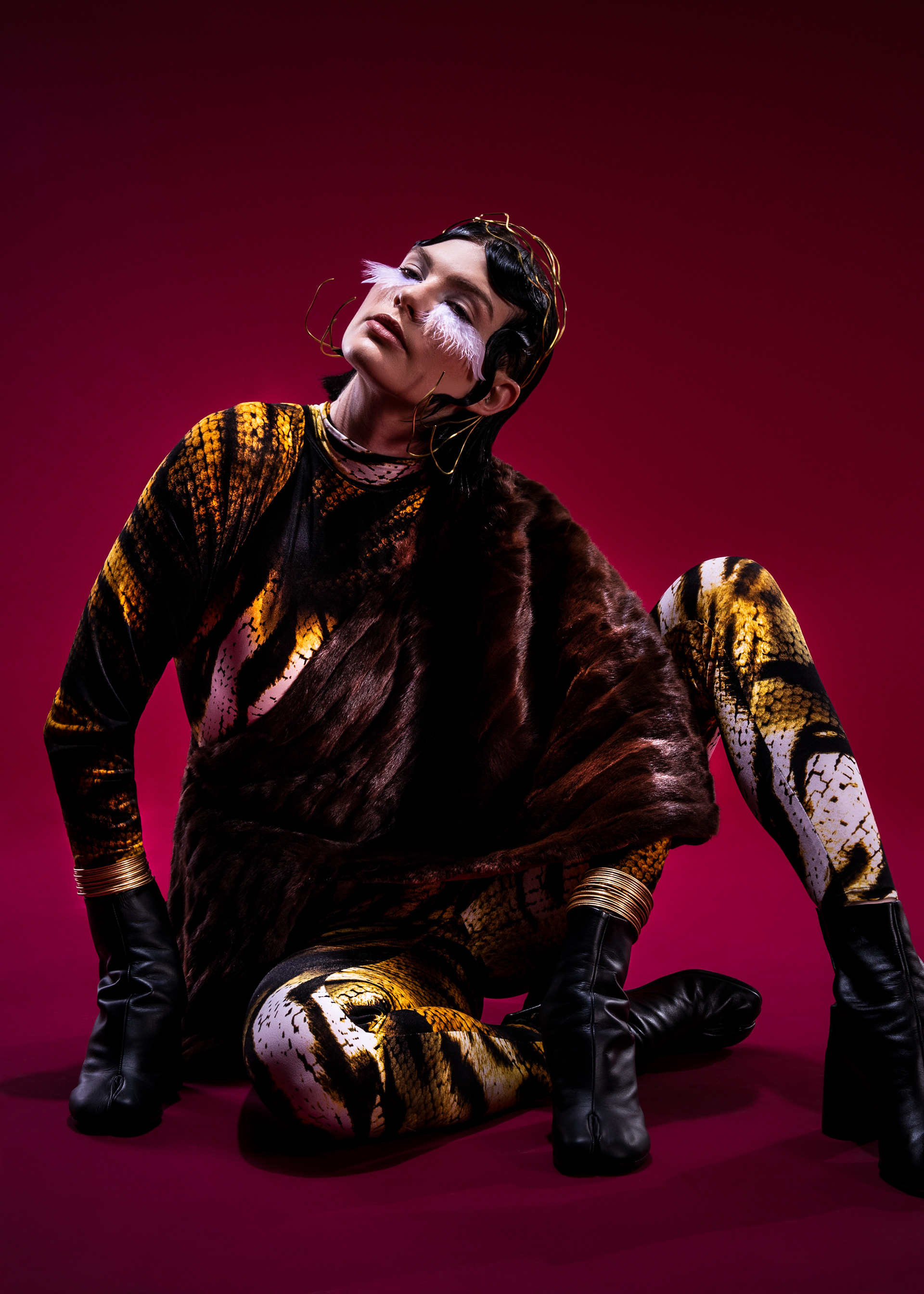 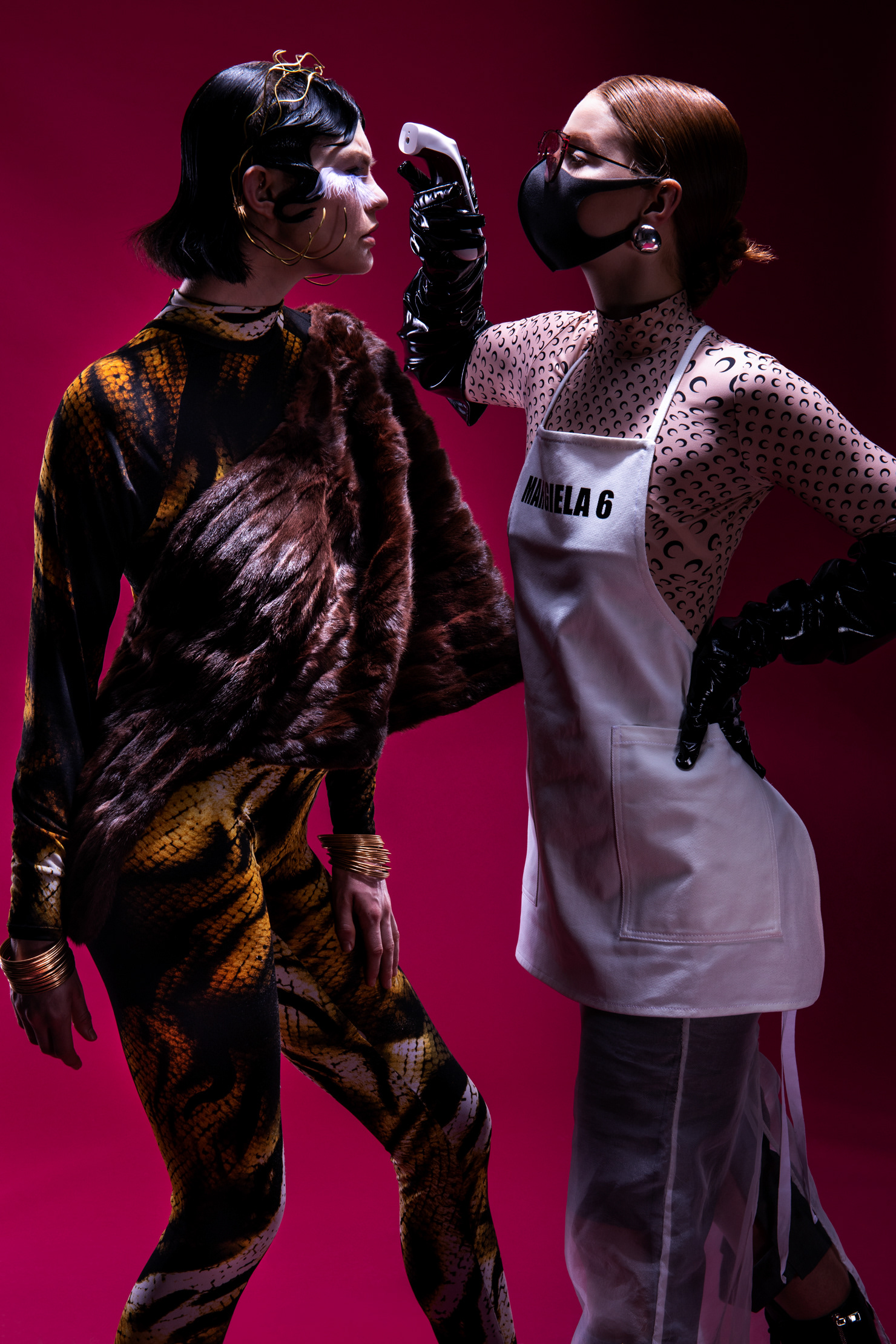 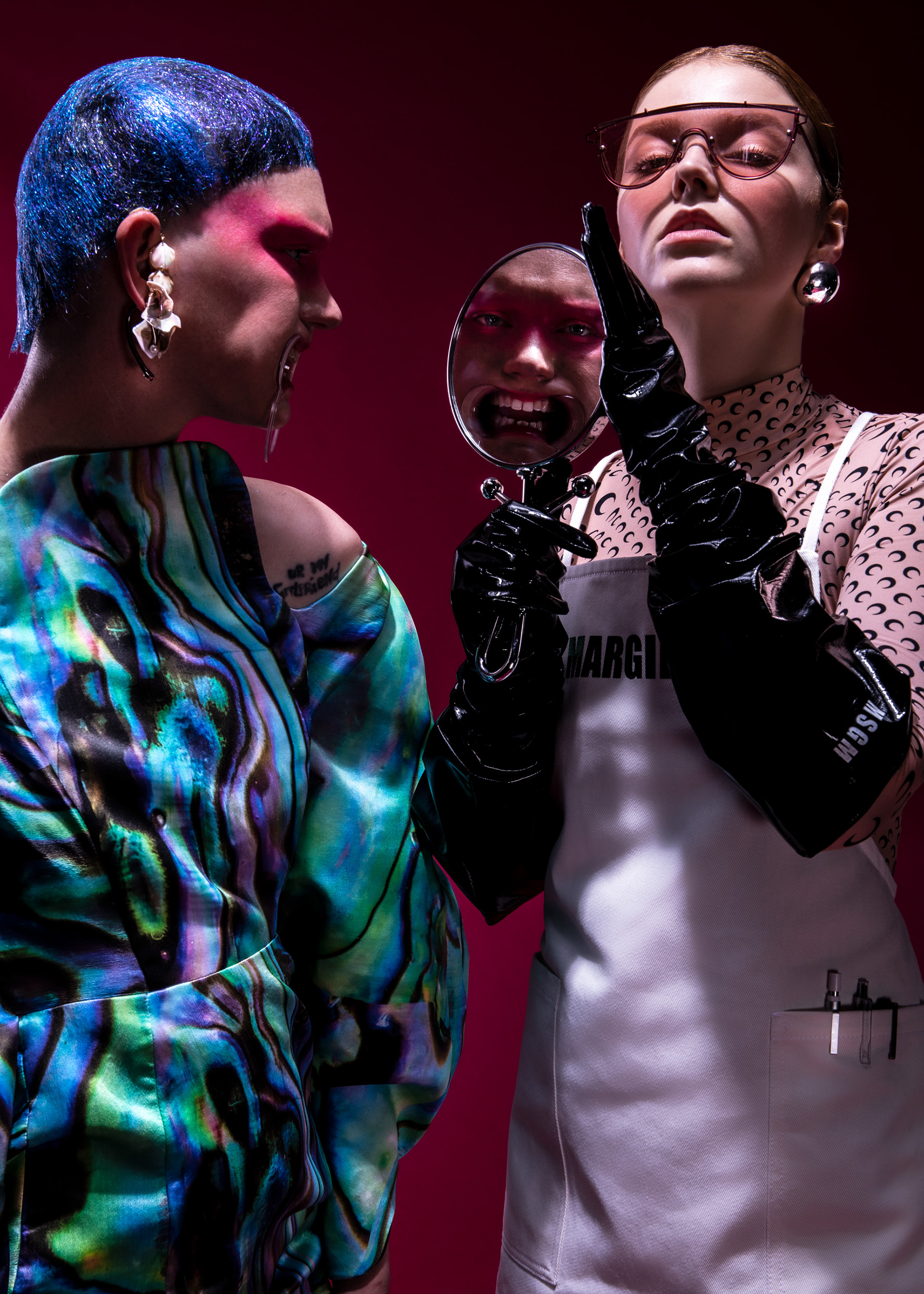 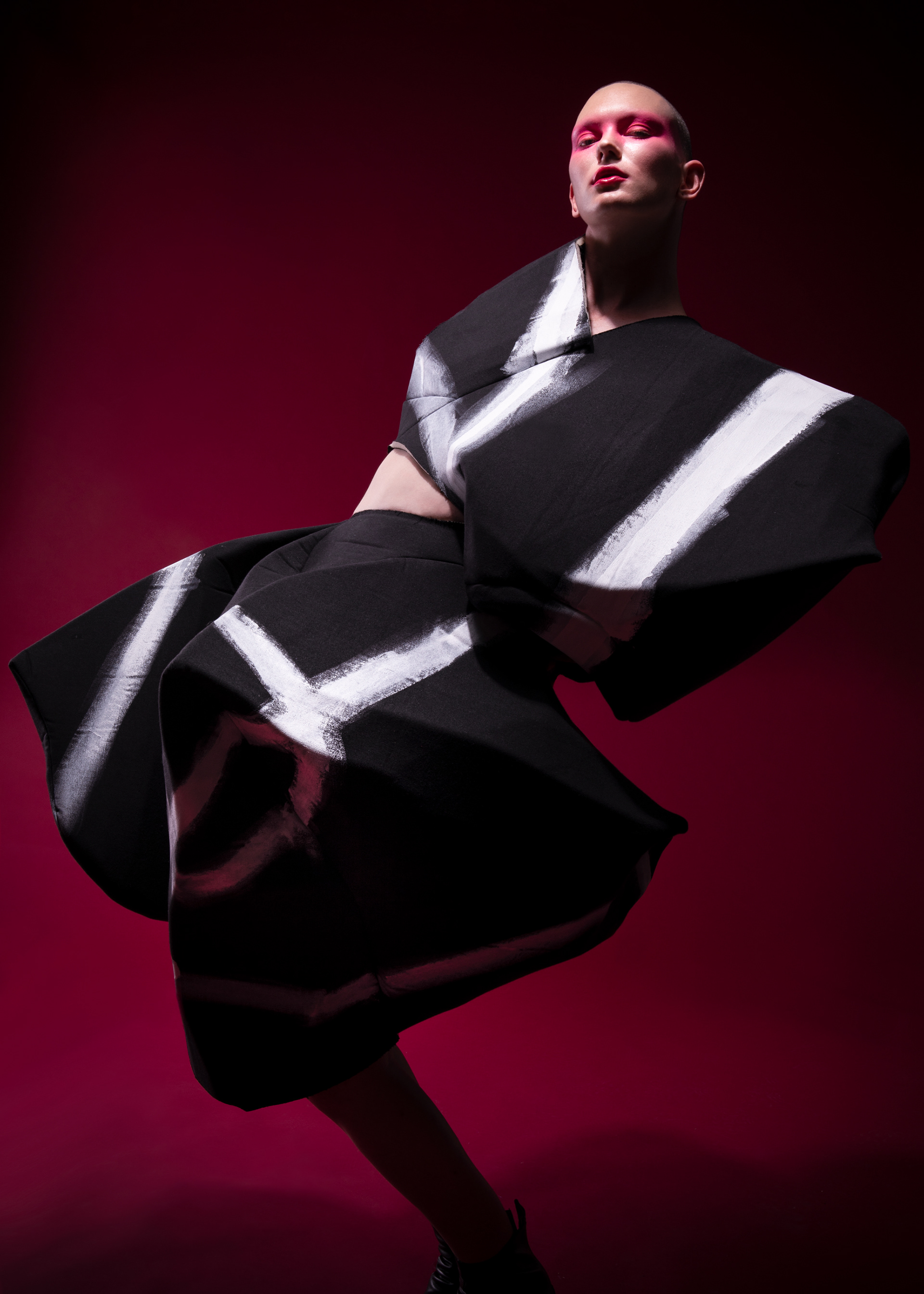 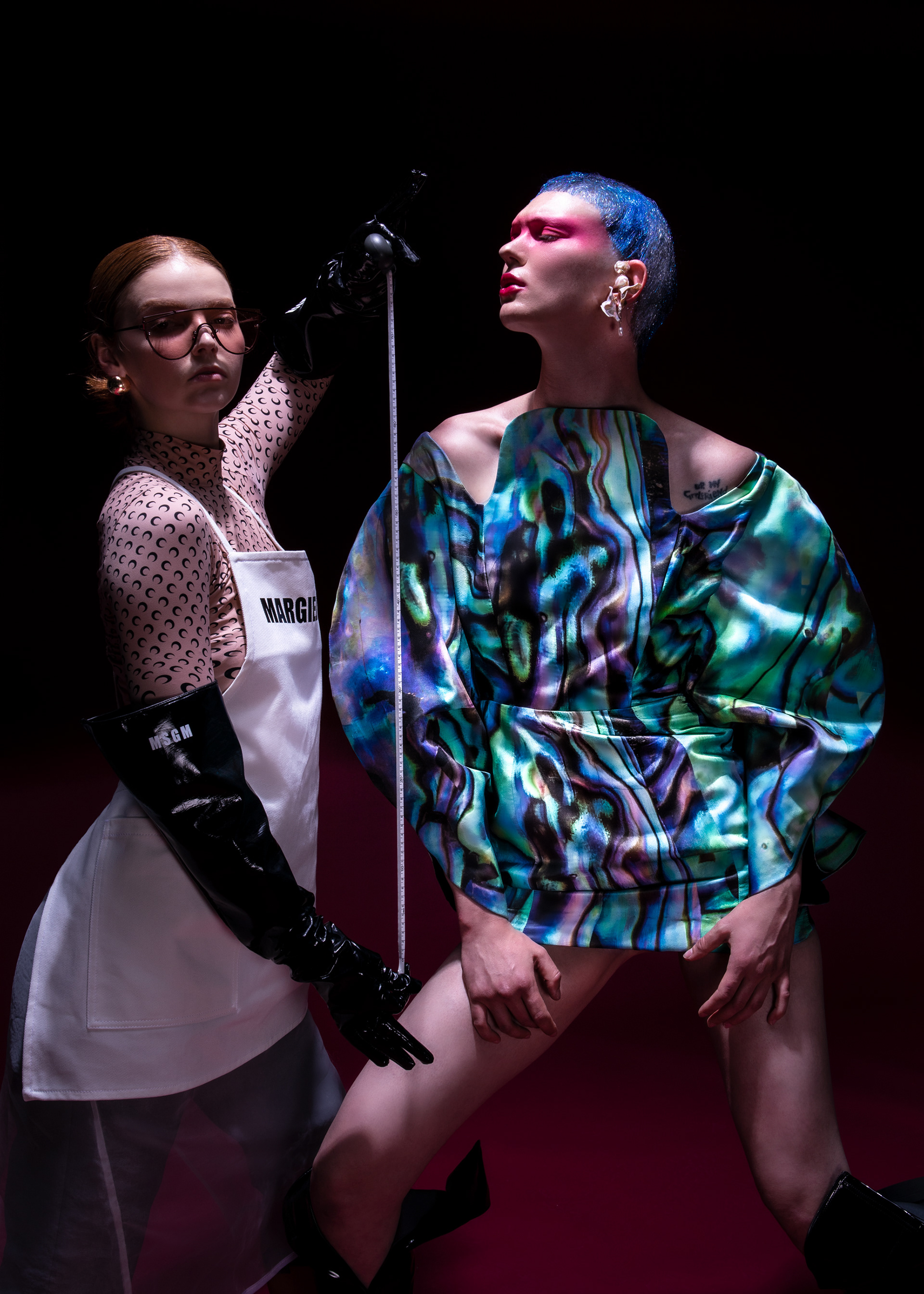